This is a companion repo with code samples for a blog post I wrote titled Securely using .npmrc files in Docker images. I published a follow up post called Docker build secrets and private npm packages several months later.

I discovered this issue while launching Mapbox Atlas v2 in August 2018. Mapbox Atlas is a self-hosted container-based version of the Mapbox platform. 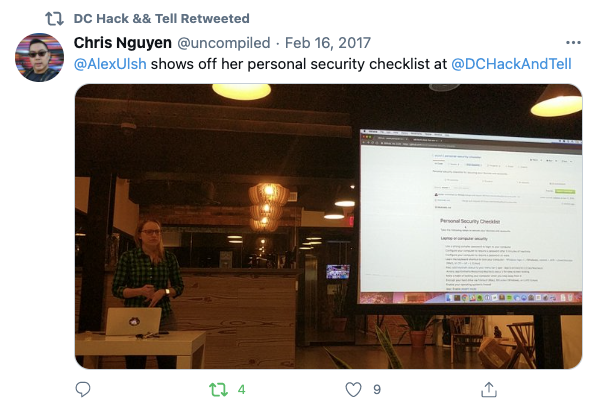 After leading my first Intro to Security for Developers workshop, I noticed my attendees felt worried and overwhelmed afterwards instead of empowered. They didn’t know where to start in securing their personal accounts and devices.

My personal security checklist is a list of next actions that attendees can immediately complete after a digital security training. Though the checklist is on GitHub it’s not targeted at only developers. I list what I believe are the security essentials that everyone regardless of their job or threat model should configure.

I gave a quick presentation on my personal security checklist at Round 41: Polka Sprockets of DC Hack and Tell on February 16th, 2017. 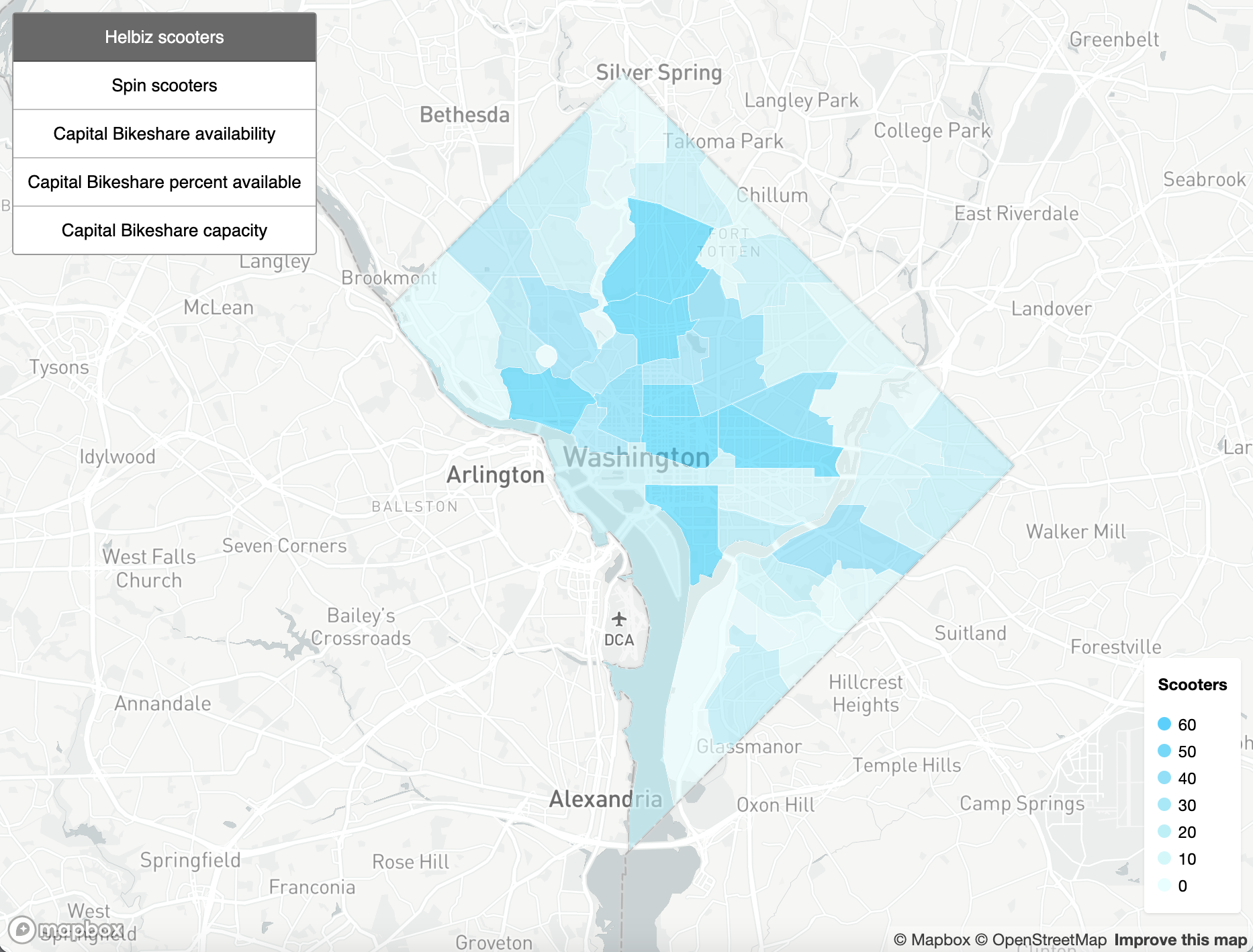 I originally created this project in February 2018 to visualize service availability for DC’s 2017-2018 dockless bicycles pilot program. I presented my work at Bikeshare Hack Night VIII of the Transportation Techies Meetup. The July 2018 exit of most DC dockless bicycle providers and JUMP disabling CORS on their public API endpoint broke this project. In 2021 I renamed this project from dc-bikeshare-by-neighborhood to dc-micromobility-by-neighborhood and added all DC e-scooter API endpoints with CORS. 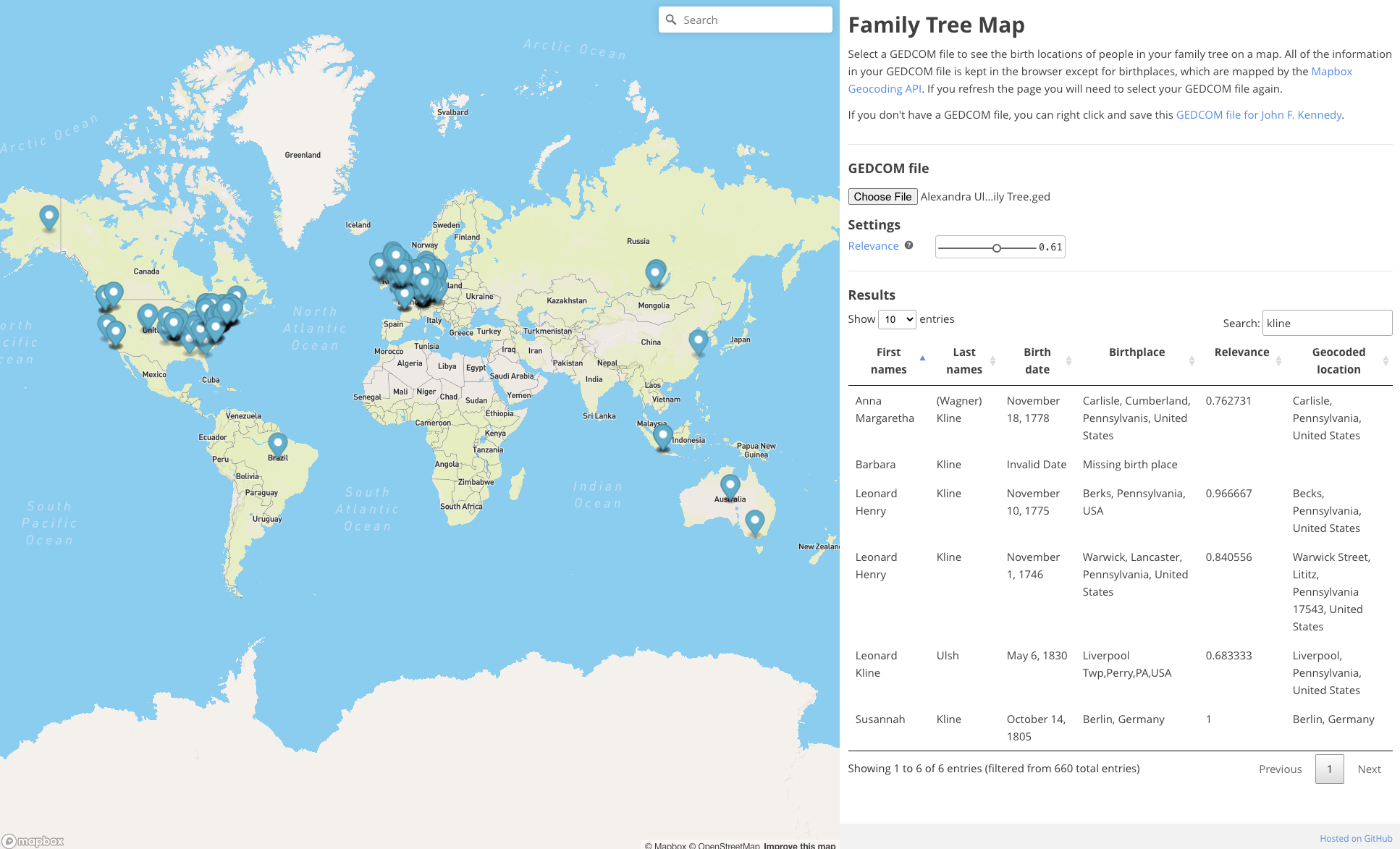 I started a genealogy hobby in late 2019 and was frustrated by the lack of easy and useful mapping tools in the ecosystem. I didn’t want to manually geocode and verify every location in my family tree, and I didn’t want to maintain and upload multiple copies of my family tree across different services. I created the Family Tree Map tool so I could quickly geocode a GEDCOM export of my entire family tree in a couple clicks.

“Where are you from?” is a hard question to answer as a military brat and adult third culture kid. I don’t have a hometown, so I usually share a few of the places I grew up. At Mapbox, everyone used to make a map as an onboarding project. I made this map as my onboarding project so I could show people a map when they asked me, “Where are you from?” 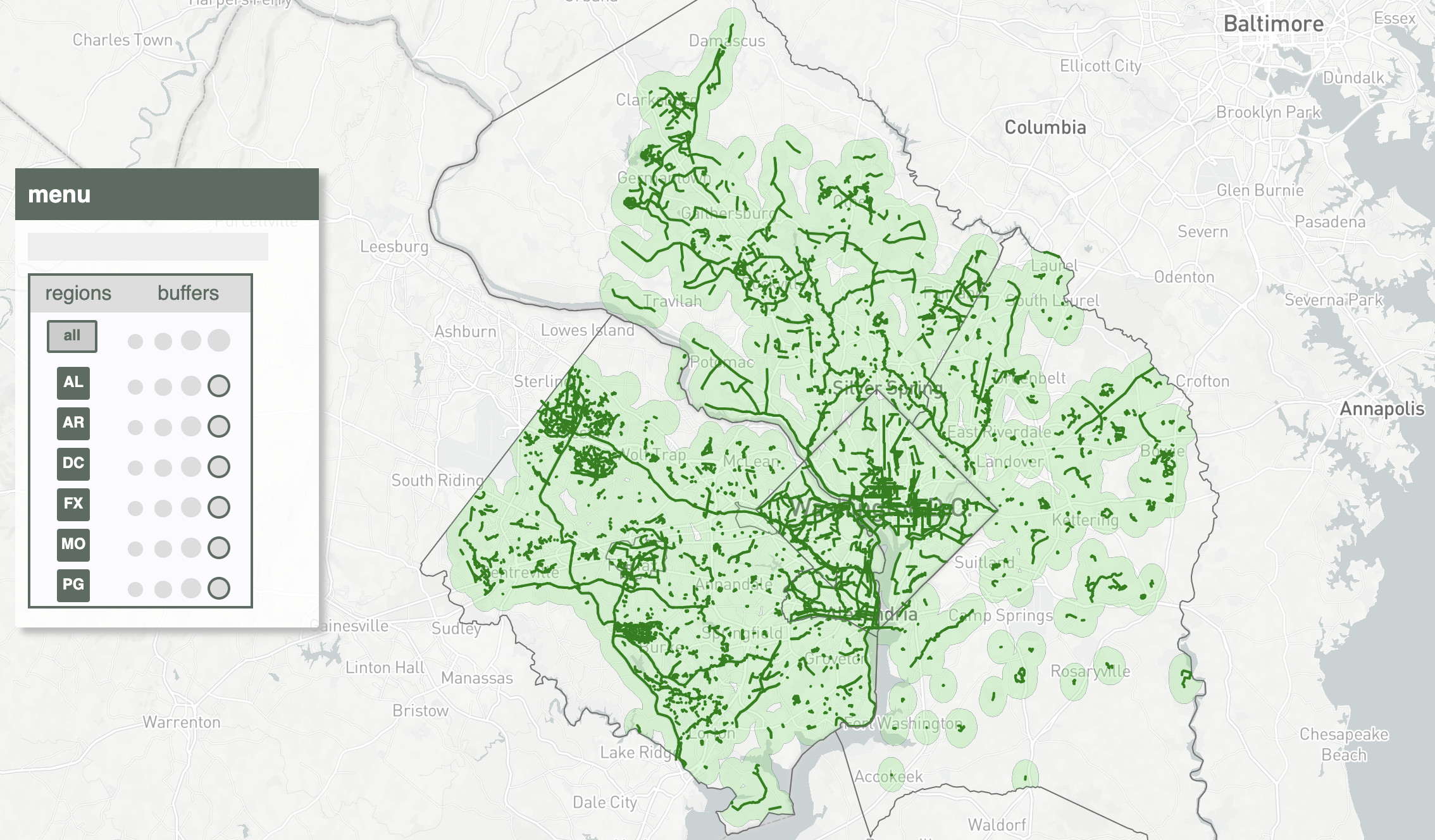 I was one of the event organizers for the 2016 DCFemTech Hack for Good and the project lead for WABA (Washington Area Bicyclist Association) bike map project at the hackathon. Within 12 hours over 2 days, I rallied a group of 7 other technologists to produce an interactive web map showing official bicycle infrastructure and 500 ft, 2500 ft, 1000 ft, and 1 mile buffers in the Washington D.C. area. This map helps WABA determine which parts of the region aren’t within 1 mile of official bicycle infrastructure and where they should invest their advocacy.

After Hack for Good, I transitioned the project to Code for DC, growing the project to 13 total contributors. I also presented on the project at Transportation Techies Bike Hack Night VI on September 7th, 2016.

From February 2015 through February 2016, every Monday evening I planned and led a 2.5 hour-long front end hack night, personally focusing mostly on JavaScript. Around 25 attendees RSVPed each night, with an all time high of 73 RSVPs. 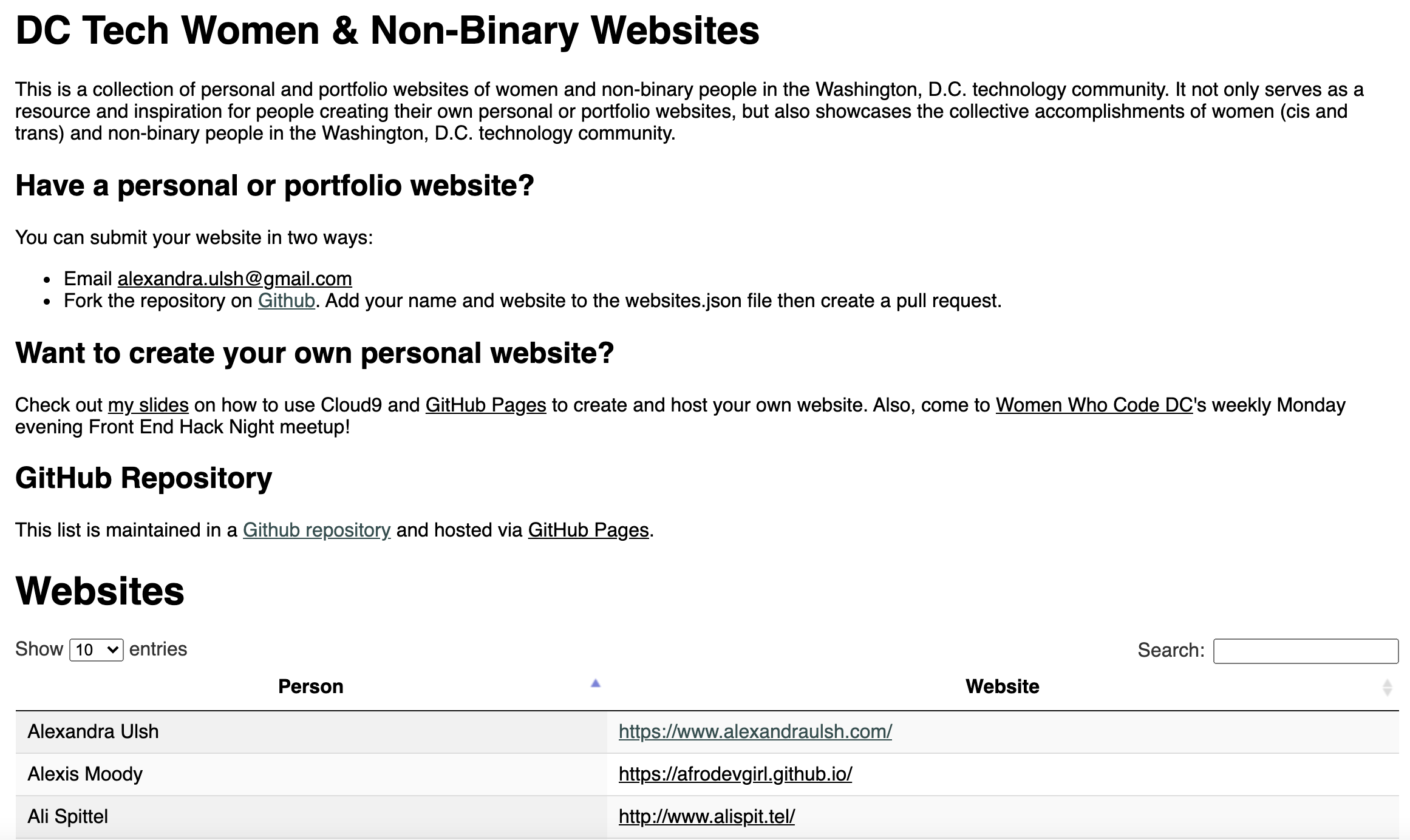 I created this project in 2015 when I set up my personal website for the first time. For inspiration, I looked at the personal websites of other people I knew or heard about in DCTech. I open sourced my list to increase the representation of gender minorities in DCTech and to encourage other underrepresented folks to create personal websites. We Speak Too offers a similar list if you’re interested in finding gender minority speakers!